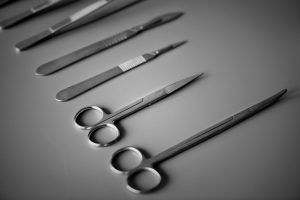 According to a study conducted by the (ASAPS) American Society for Aesthetic Plastic Surgery, in the past five years, the number of labiaplasty procedures which involves reshaping the skin around the vagina to improve its appearance has spiked to over 200%.

ASAPS conducts an annual survey, and in this study, it indicated that the number of operations spiked by 11% in the last year, and it represented 77% of all the cosmetic surgery business.

Over the last five years, there has been an increasing trend in the number of surgical and non-surgical procedures done on the vagina, where a quarter of the plastic surgeons report that they offer labiaplasty. Although there was a 10% decrease in the number of labiaplasty procedures in 2017, the number of genital surgeries that have been done since 2012 has shot up to over 217%. This new trend has been tagged as “designer vagina,” which has been shown to have risen by 45% by a survey conducted by the ISAPS (International Society of Aesthetic Plastic Surgery).

In 2017, eyelid surgery was the surgery with a significant increase of 26%, followed by butt augmentation which increased by more than 25%. Facelifts and fat transfer to the face rose to approximately 22%, while upper arm and neck lift increased by a fifth.

There is a growing popularity of non-invasive procedures which are also known as injectables like botox which increased by 40/6% in the last five years, and since 2017, it has increased by 5.1%. Last year, there was more than 1.5 million Botox injection. When you look at micro-ablative skin resurfacing which entails the use of a laser to smooth the wrinkles, acne scars, age spots and other blemishes, these procedures shot by 99.5%.

The research that was undertaken was completed through questionnaires by 291 board-certified plastic surgeons, dermatologist, and otolaryngologist who performed the procedure to Caucasians who averaged the ages between 35-50. In 2018, ASAPS tweaked its methodology by limiting its respondents to board-certified plastic surgeons. When ASAPS president was asked about the sharp increase in cosmetic procedures, Clyde H. stated, “it’s because of the struggle to be competitive in an ageist work environment, the desire to match their inner energy with their outward appearance and the appeal of looking young and to boost confidence.”

Why the rise of labiaplasty procedures?

Board-certified cosmetic surgeon Dr. Jen L. Walden reported that labiaplasty has become acceptable in the current culture. Over the last few years, there has been a sexual revolution which has led people to go for more non-invasive and invasive procedures.

Women have become comfortable in discussing cosmetic and functional concerns that may be alleviated with labiaplasty as a result of post-pregnancy laxity of the vagina or labial hypertrophy. There are now more non-invasive devices and techniques that can help treat these problems. Medicine has grown in sexual health and wellness because of the socially acceptable treatments that are available for patients.

Some experts have shown concern that the uprising of labiaplasty has been because of social media and pornography. In the near future, Dr. Lara Devgan notes that small millimeter level changes will be the future of aesthetic surgery. In 2018, plastic surgery is similar to Snapchat’s filter feature; where you look at different versions of yourself, without identifying the differences. Dr. Devgan added that the stigma of plastic surgery is falling off, and the youth are going for more procedures.

In the current times, patients in their 20’s have started to think about botox. Procedures like breast augmentation and blepharoplasty are being requested by patients who are in their 30’s. For patients who are getting into their 40s and 50s, they incline more to neck lifts and facelift. In the earlier ages, small procedures tend to appear more natural than a complete overhaul procedure at one time later in life. To crown it all, there has been more public awareness of plastic surgeries which has paved the way for people to adopt them.

Additionally, there is a growing mindset that encompasses people embracing the choices of others and minding their own business and how they decide to spend their money. However, Dr. Devgan highlighted that the decision for undergoing plastic surgery should not be taken lightly and one needs to think things through.

Patients are advised to perform their homework and find expert plastic surgeons who are board-certified in a certain procedure that they are considering, and they should take time to review before and after photos of patients who have previously gone through the same procedures.

For more information regarding plastic surgery of the face, body, and breasts, contact board-certified plastic surgeon Dr. Usha Rajagopal at (415) 392-3333, or visit her clinic located at San Fransisco, 490 Post Street, Suite 430, CA 94102. You can also log onto her San Francisco Plastic Surgery Laser Center website for more procedures offered at her clinic.